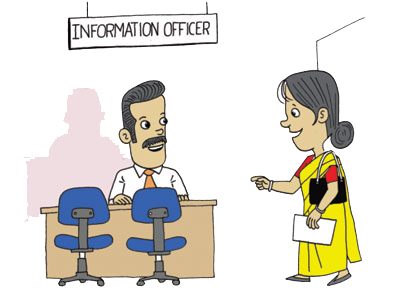 Tomorrow (3rd February 2018) marks one year since the Right to Information (RTI) Act became operational in Sri Lanka. While there remain challenges to overcome, the engagement of citizens in using RTI to hold authorities accountable as well as to resolve problems of a personal nature has been extremely encouraging. Both uses have resulted in the increased transparency of public processes, one RTI request at a time.

From securing the land rights of a dispossessed farmer in Gampaha, exposing the construction of a substandard public school building in Omanthai to securing deeds of ownership for 1200 families in Vavuniya, RTI has played a life-changing role in the lives of citizens while promoting democratic governance, acting as a tool to combat corruption and restoring sovereignty in the people of Sri Lanka. Within the space of one year, RTI has already displayed strength in citizens’ collective action, as well as individual action.

Throughout the year, Transparency International Sri Lanka (TISL) together with its partners including the Sarvodaya Shramadana Sangamaya, has worked towards furthering the cause of RTI and raising public awareness through the RTI request facilitation hubs, street dramas, RTI van and RTI movie amongst other things. In addition to filing public interest RTI requests on a regular basis, TISL has facilitated 610 requests for members of the public, working in 10 districts, and has found that in most instances, information has been received by the requesters. Sarvodaya have facilitated 233 RTI requests in the one year since the RTI Act became operational, across their 5 district RTI Hubs.

TISL commends the key role played by the Ministry of Mass Media for their service in training information officers, designated officers and other public officials across the country. Furthermore, the efforts of the RTI Commission in hearing appeals, as well as getting in place the other infrastructure needed, including the call for record management and proactive disclosure, among further creative endeavours such as online RTI training for government officials is noteworthy. While recognizing the key role played by the first RTI Commission in any country, TISL notes with appreciation that Sri Lanka’s RTI Commission has in 84% of its recorded appeal decisions ordered the disclosure of information.

Commenting on the crucial role of the State in ensuring information disclosure, Executive Director of TISL, Asoka Obeyesekere stated, “We are encouraged by the fact that many State institutions have demonstrated their readiness to disclose the information they possess, in a timely fashion, and would encourage citizens to exercise their Right to Information and experience first-hand an accountable state.”

TISL notes that there remain major concerns for RTI rollout. Public knowledge regarding the existence and process of the RTI Act has been notably inadequate, and much remains to be done on the part of the State. Similarly, the transition from the culture of secrecy to one which allows public participation and scrutiny continues to raise challenges.

TISL further notes with concern the trend of a vast number of citizens resorting to the use of RTI as a problem-solving tool due to the failure of public services, and encourages public authorities to observe such trends and take steps to proactively remedy such issues. However, it is also important to commend the numerous public authorities that have been proactive in their responses to RTI requests and have even gone so far as to actively seek out knowledge on how to operationalize the RTI Act.

As we mark one year since the RTI in Sri Lanka became a reality, TISL calls on the state to raise awareness regarding the RTI among citizens, particularly through the state media, and to continue its work on sensitizing the public sector on the need for open and participatory governance. TISL further calls upon citizens to exercise their Right to Information to constructively engage in governance, and to protect this right from any possibility of dilution.